Is your HEALTH and WELLNESS affected by the TOXIC Energy of Anger, By Victoria Bourque

The Toxic Energy of Anger - By Victoria Bourque

Years ago... I had a client, a successful businessman from Boston who came to me with an intense amount of anger. He had always been a good man, he had always done good business, and after the Boston Marathon bombing, he contributed coffee and food to the police and coast guard every single day to say thank you for what they were doing. When he came to see me he was angry because he had been cheated in a business deal and lost all his money, lost everything and he was angry and wanted to put the blame somewhere. Normally my sessions go for an hour or two tops but when he came I let him go on and on with his anger. He was mad at me for being a different kind of psychic. He always had worked with psychics that could just tell him his fortune... that's what all psychics did before for him! And here he was with me....talking about love and healing. He didn't see the connection. He felt ripped off. Someone was out to get him. Why him? Anyway I tolerated this for a long time during the session as I worked and I asked him to have patience with the work.. and the answers would come. About into hour three of our session... (trust me it was super toxic energy!)...there was a complete and utter removal of the Angry Cloud that was all over the place in my office, on him, all over me. It was simply removed. Poof! He felt it instantly...as did I. And when the shift came and he could feel for himself the difference between anger and peace. He was instantly humbled. And grateful. Because what he really wanted was not to be angry anymore. Not right or wrong or to have his money back or his business, but to not be in pain. He thanked me at the end of the session. I couldn't have been happier for him even though it was exhausting...and quite a rough session.It was worth it!! I did not hold resentment for him. I wished him well. I took a quite a long nap after that I have to assure you because energy is very strong and whatever you're in at the moment....so am I when I work. I wouldn't have it any other way. To be able to feel it and go there with someone...and bring them back...is priceless. <3 I would love to help you too. And the world would be a much better place with no more anger in it.  And it may improve your life and (health) in more ways than you could imagine! 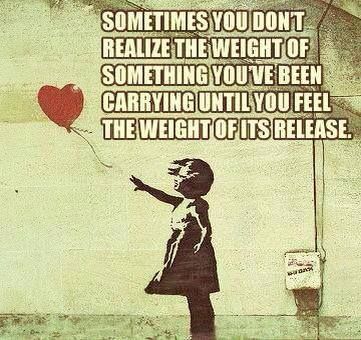